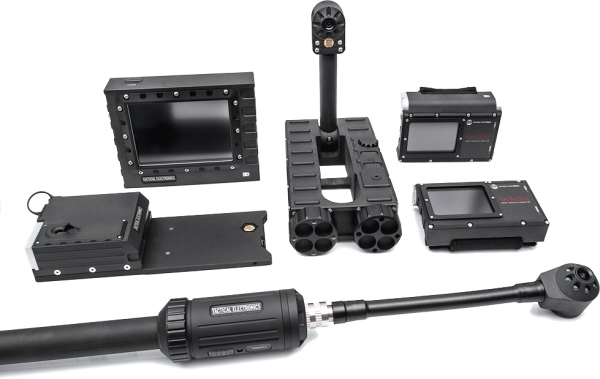 The Tactical Electronics Armed Response Kit includes an arsenal of wireless camera systems and monitors. The ARK was strategically designed to outfit both tactical and K-9 units with the equipment needed for operational success. The kit includes a Long Pole Camera, a K-9 Back Mounted Camera, an Under Door Camera, two Wrist Mounted Monitors, and a Handheld Monitor.

In one mission a team can simultaneously deploy the Long Pole Camera, the K-9 Camera, and the Under Door Camera. The video from each deployed camera system can then be viewed on multiple monitors. Each monitor operates independently, allowing the user to freely toggle between all three camera systems.